Web design is an ever-evolving field. It seems like a new tool or technique arrives every day. And there’s a lot of pressure for professionals to keep up with the times.

Maybe it’s a bit scary. But there’s a certain excitement that comes with it as well. You learn something new and apply it to your daily work. Most of the time, you’re all the better for it.

For example, consider a new CSS layout that makes multiple columns a breeze. Or a JavaScript library that enables you to build a stunning UI. These are the things that help to push us forward.

Yet, there’s also something that holds us back. A twist of fate so cruel that it laughs in the face of the great new thing you just mastered. We’re talking about legacy software.

This ragtag collection of old browsers, operating systems, and server configurations can be more than just a painful reminder of the past. They can also get in the way of true progress.

But don’t let it ruin your good time. Today, we’ll look at some reasons why you may not need to hold back on implementing the web’s latest and greatest.

Look at the Potential Risks and Benefits

It’s never a good idea to throw a new technology onto a website without careful consideration. Otherwise, you run the risk of negatively impacting both users and your bottom line.

Before you dive headfirst into that cool feature, take some time for analysis. Creating an old-fashioned list of pros and cons can provide you with a macro view of the situation. From there, you’ll have a better idea of whether or not to move forward.

Let’s take CSS Grid as an example. It’s all the rage these days. But is it right for your project? To find the answer, start by writing a list:

No or spotty support in legacy browsers;The same layouts may be possible with better-supported methods;

That’s just a partial list, but you get the idea. The mere act of writing (or typing) out your thoughts can lead you to go further in-depth. The deeper you go, the more thorough your analysis will be. The ultimate goal is to make the most informed decision possible. 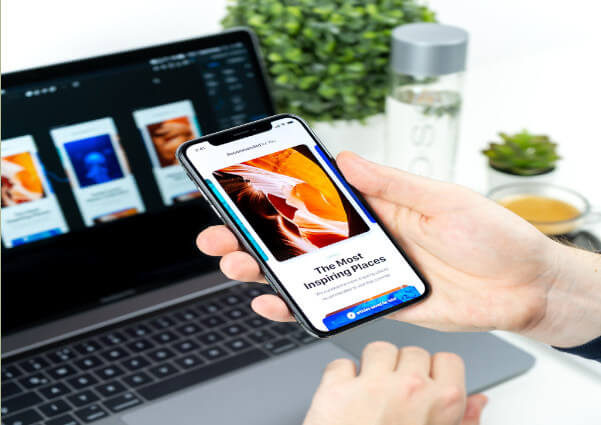 We know there are people out there still using legacy software. And while web designers tend to think in terms of browsers, that doesn’t tell the entire story. Operating systems also play a role. They not only make a difference in what features are available, but they are also likely limited by older hardware configurations as well.

For instance, looking at desktop devices, the version of macOS or Windows a user is running may restrict what browsers are available. On the surface, this might make you think twice about using a newer image format such as WebP.

Mac users who don’t have the Big Sur version of the OS or later or are stuck with a version of Safari that lacks WebP support (Chrome and Firefox support WebP, however). And someone using the aged Windows XP won’t have access to Microsoft Edge.

But that doesn’t necessarily mean that the visitors to your website are among the legacy crowd. By looking at your website’s analytics, you’ll have a better idea of which browsers, operating systems, and devices are being used.

If you find that these users make up a tiny percentage of your overall visits, that may be convincing enough to move ahead with the new technology.

Fallbacks May Be an Option

OK, perhaps you want the best of both worlds. You not only want to adopt the latest web technologies but also keep on supporting legacy users. “Leave no user behind!” is your motto.

This is very much possible with the use of fallbacks. What’s a fallback? It’s a method of switching out code that a specific browser can’t understand with something that it can.

Sticking with our CSS Grid example, we know older browsers aren’t going to do very well with it. But they do understand something like Flexbox or even old-fashioned CSS floats.

Using a tool such as Modernizr, we can detect which features a browser supports. If it supports CSS Grid, wonderful. If not, we can serve up an alternative layout.

The great thing is, you get to decide how it all works. Maybe someone using IE 11 doesn’t need a full-on replica of a fancy layout – just a reasonable facsimile. Either way, this brings some level of comfort in knowing that you’re covering as many users as possible.

Legacy software is still among us. Fortunately, apps that fail to support modern web technologies are increasingly dying out. As their usage numbers shrink, so do the reasons for holding back CSS Grid, WebP, and other goodies.

Even so, it’s still worth doing your homework with regards to any new technology that interests you. Think about the pros and cons of implementation and use analytics to determine the impact on users.

Fallbacks are also an effective way to mitigate any negative effects for users of outdated software. They’ll still be able to use your site. Meanwhile, everyone else gets the latest features.

The web has come a long way over the past few years. It’s time to start taking advantage of that progress.

Did you miss our previous article…
https://att-webdesign.com/?p=2143