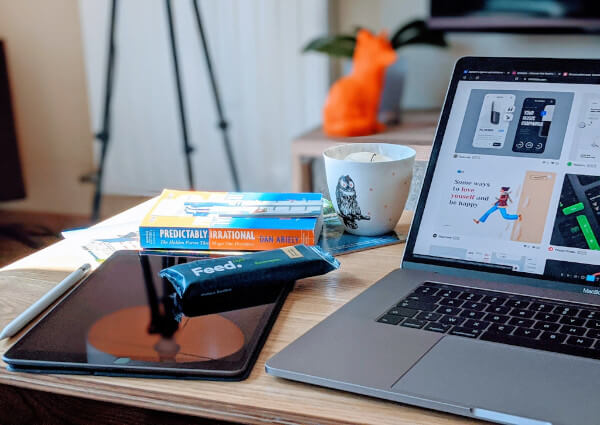 Freelancing is riddled with challenges. You end up being part designer, developer, copywriter, marketer, social media guru, customer service representative, and tax expert all at the same time.

If anyone thinks that doing freelance work is easy, they need to think again!

And that’s why it’s so important to make sure you don’t stumble into the freelance pricing trap many freelancers fall into. As there are already so many things you already have to deal with, you really want to avoid this one from the beginning.

So, What’s the Freelance Pricing Trap?

The freelance pricing trap is not charging enough for the work that you do. And it happens much more often than you would think.

Many freelancers feel like they don’t have enough experience or expertise to charge a certain rate, so they simply don’t. They price below the market rate because they feel they aren’t qualified to charge for more.

Some freelancers may actually feel bad for charging more. They feel like it’s too expensive and that they can’t justify charging so much.

However, if you want to make it as a freelancer, this needs to change.

Why it Needs to Change

Not charging enough for your services is a huge issue because it sets up the wrong expectations for your clients from the outset. It makes them devalue your work and expertise. They may also presume that you’re not as talented as others in your niche because you don’t charge as much they do.

It also makes the work you do less rewarding. And since the work is less rewarding, you’re much more likely to get disheartened and potentially burn out. Consider this common scenario for a moment:

A client calls asking how much a particular web project would cost to design and build. You ask for the brief, take the time to work out the number of hours it would take, and then respond with an estimate. But this is where it gets interesting.

The client tells you they can’t afford that much and counters by asking if you can do it for less, much less. Not wanting to lose out on the business, you agree since you don’t feel confident enough in your ability to negotiate a higher rate.

You also really need the work and don’t want to miss out on the revenue. Or so you think…

You begin working only to realize that you’re getting paid for half of what the project’s worth. If you’re just starting out in the freelance world, that may not necessarily be a huge issue because you’re trying to build up your portfolio and get your name out there, but if you’ve been freelancing for a while, that is a huge problem.

You’ve got bills to pay and mouths to feed. You’ll end up working more hours on extra projects just to make up for the drop in pay you’ve received from this project.

You may become resentful of the client and more than likely disappointed in yourself. Instead of putting in your best work, you give less than your best effort. And why shouldn’t you? You’re getting paid less than what you’re worth.

Then it comes time to get the project approved. Surprise, surprise: the client has a list of changes they would like. But you’re already over on hours! And you’re already getting underpaid!

More resentful than ever, you dig back into the project half-heartedly. When will this project finally be finished?

Have you ever experienced a project like this? If you have, you understand the primary reasons it’s detrimental to charge less than you’re worth:

You won’t put your full heart and soul into the project.You won’t produce your best work which ultimately is what would allow you to raise your rates in the future.You won’t attract clients that value your work and understand the costs.You won’t make enough money to cover your bills and will mean an increase in the number of hours you work.

What Should You do Instead?

In order to not fall into the trap of lower-paid work, here are three tips to consider:

1. Find out what the market pays for your type of service and get to that rate as quickly as possible.

Whether it’s photography, web design, or copywriting, there’s a freelance market rate that professionals realize they need to earn to make a living.

Instead of thinking you can win more work or clients by undercutting this price, do whatever it takes to get to the market price as quickly as you can.

Yes, you’ll need to spend some time building up your portfolio and personal brand, but once you have reached that point where you’re happy, stop offering discounted rates.

2. Don’t be afraid to charge what you’re worth.

Many freelancers don’t like asking for more money or even asking for the going freelance rate. They feel like they’re not qualified or experienced enough.

If that’s the case, continue building your portfolio, but if it’s not, don’t be afraid to ask what you’re worth.

The number one thing that shoots negotiators in the foot is being desperate to close a sale. If you’re desperate for the business, you won’t be able to negotiate as well.

This means you’ll have the most trouble at the beginning of your freelance career. But once you start picking up clients and have a decent amount of work, start raising your rates.

If you aren’t as desperate to pick up your next client, you can afford to ask for more money now. If they take it, you can drop lower-paying clients at the right time and raise your rates again with subsequent clients.

Just remember to continue raising your rates once you have a healthy amount of work. It only makes sense that you charge more as you get better at what you do.

Falling Out of the Trap

If you feel like you’ve fallen into the trap of not charging enough for what you’re worth, make the decision to start charging more today.

By incrementally increasing your rates, you can quickly get to the market rate for your type of freelance work, and if you’re really good at what you do, you can even start charging more than the market rate.

That’s the kind of “trap” you want to fall into.

The post Getting out of the Freelance Pricing Trap appeared first on Speckyboy Design Magazine.

Did you miss our previous article…
https://att-webdesign.com/?p=1372